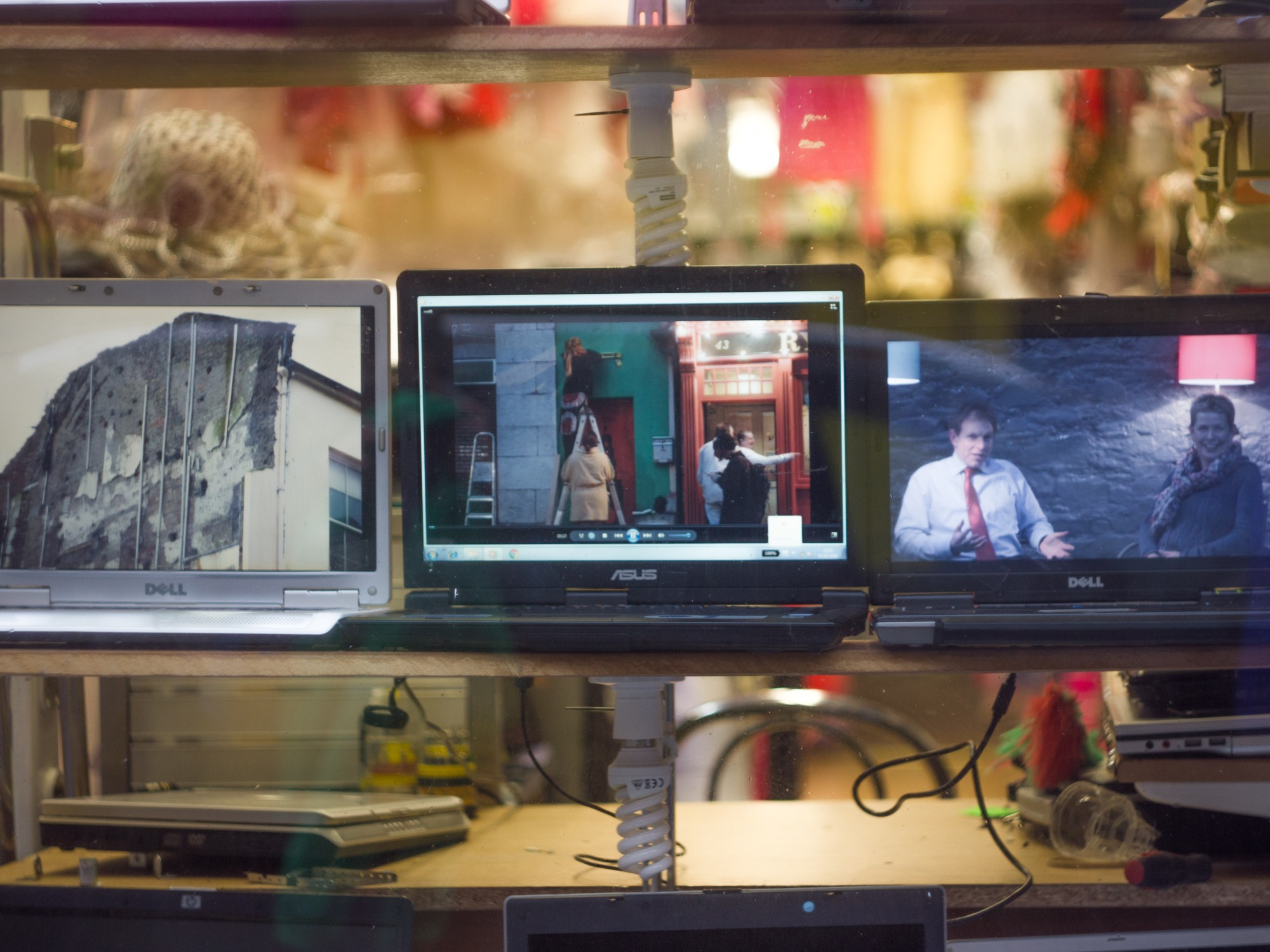 One rainy shabby Irish morning in February, full of hot beverage and wary of the unknown, I gave in to the Street. I knew a thing or two about the place, having been invited to join Quarter Block Party. And when you join the Festival, you have to learn a thing or two about the Street. They are in fact two streets – North and South Main Street. When the city of Cork came to be, the streets came to be too, and have been around ever since. They covered themselves with homes, churches, shops, pharmacies and other small businesses. Families lived there and maintained those shops and businesses and with them the soul of the neighbourhood.
Fast forward seven centuries ahead, the Street is still there, so are the shops and the families. But, left out of the latest city planning endeavours, the neighbourhood has turned into a margin in the very centre of Cork. Local artists and activists came up with an idea of Quarter Block Party festival to support and honour the heritage of North and South Main Street. I was happy to join. The local shop owners and their stories inspired the site-specific storytelling intervention ‘Shop Around the corner’. 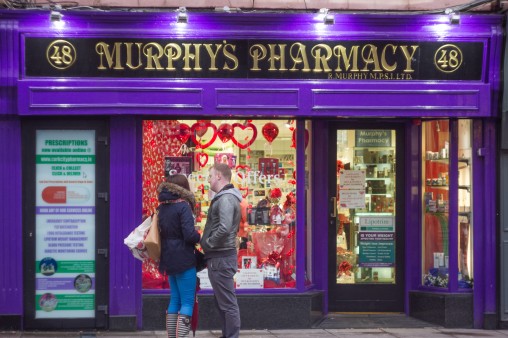 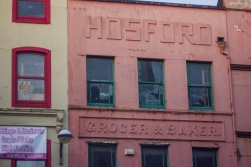 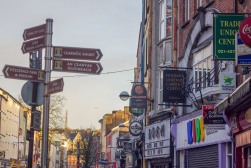 Storytelling intervention is a recurring artistic and research activity in my practice. With it I aim to create a framework for placing a narrative within specific public spaces through different methods of storytelling and process-led means of artistic expression. The objective of such practice is to approach a public space as a platform for dialogue and participation. In this case, the dialogue, however, does not happen directly, but is enabled through the previously untold and unheard stories within the given space. The stories are interpreted and reintroduced to the environment in the shape of physical artefacts or artworks, thus adding new meanings to the public space.
The objective of the artistic process in Cork was to empower the traders through making their stories heard and known to the neighbourhood and to create a dialogue about the current state of the Street in the scale of larger Cork. The main stages of the process – collecting stories, processing and transforming them into artistic outcomes and bringing them back to the Street – were planned and implemented over five days, with a presentation following on day six. The materials and means were not defined from the start, but were to be determined through engagement with the collected stories and the physical space they refer to.
I was joined by two local artists, Shóna Slemon and Kate O’Shea. On-site research and initial data collection spread over three days consisting of walking and observation, photo and video notes of the Street, documented and undocumented interviews with the traders.

Upon the collection of images, videos, stories and material artefacts, the brainstorming phase of ‘Shop Around the Corner’ started. It was brief, as the collected stories appeared to be quite straight-forward, prompting rather literal interpretation. The narratives revealed sentimental and nostalgic aspects, a common theme connecting most of the stories. Certain artefacts and materials were donated by the primary storytellers and other supporters to contribute to the intervention. 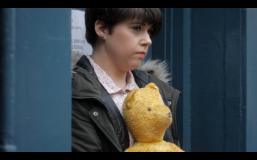 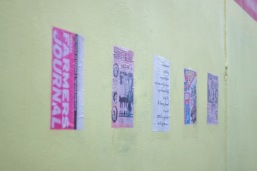 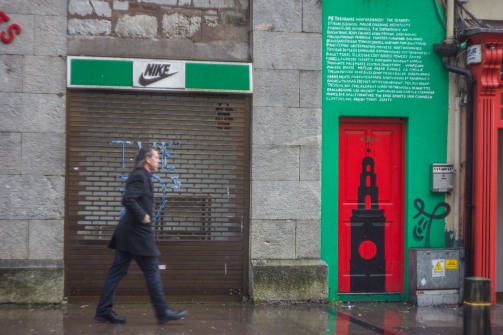 Nine stories were chosen to be recreated in the final intervention. Five of the stories were childhood memories from an email I had received prior to my arrival in Cork by a pharmacist who grew up above the pharmacy she later inherited from her mother. Others had been discovered during the first three days of the project. Most of the memories were interpreted through spatial installations integrated into meaningful locations in the Street. One of the stories was told through a performance. The individual installations represented the memories of the participants, thus resembling a tour of memories that could be attended in the Street during the final day of the festival. The tenth element of the intervention was a triple video projection in one of the shop windows. The first screen showed photos in a loop taken in the Street during the research phase. The second showed the making process, while the third screened rough cut of the documentary based on the conversation between the two traders. Some of the stories remained in the Street long after the actual tour, without being rejected by the space, community or authorities.

Memory #7: ‘I remember looking in awe at all the men and women dressed in denim, well it was the 70s, going into the underwear factory where Mahers was, on my way to school…’ – Ros Comber, North Main Street Pharmacy

Text and photography by Daria Akimenko